Design of graphisms for the restaurant “POP IN”

Totally different to “NIÑO VIEJO”, this time the restaurant was a Showcooking Teppanyaki one. The main problem was the length of the available space. Being as it was a Japanese restaurant, I thought that turning its right white wall into a bullet train would be appropriate. After creating the designs, with a manga touch, we […] 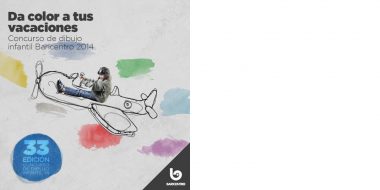 It must be one of the oldest children drawing contest in Barcelona. I had the honour of becoming part of the jury besides Txema Montero, MAC’s director, Marutxi Beaumont, artist and art professor, Quim Módenes, art historian and Xavi Lizana , artist and sculptor. Certainly it was a fun and enrichment experience, although not an […]

When Albert Adrià asked me to create some graphisms for his new Mexican restaurant I really get scared, I’ll never though that sometime I could be in front of such a work. His request was to generate something we could find in an original Mexican Taquería marking that should be something with the scent of […]

When after many years I met again my old friends Ferran and Albert Adrià a recurring theme was to do a collaboration with them, finally this year the miracle was done and Albert has asked me to work with some graphisms in their new Mexican restaurant that is planned opening next month of July

First visit ever to Germany. Aachen organized its first COMICIADE and I have the pleasure of attending as a guest artist. The venue took place in two different places, the church of Sta. Elisabeth and the Ludwing Forum. One of the extras was the presentation of Sparky & Spacy’s first album, created and written by […] 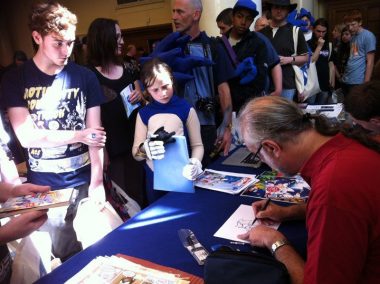 Summer of Sonic is the biggest event organized by fans all over the worldOf course it’s dedicated to the most quickly blue hedgehog of the world. This year was in Methodist Central Hall Westminster, London, UK. Twenty years after my works for STC I was contacted by the organizers of the event because they were […]

I have been invited to Summer Of Sonic 2013 to be held on August 3 in London. Here is the link to my presentation: http://2013.summerofsonic.com/news/guest-announcement-ferran-rodriguez/ I am convinced that it will be a wonderful opportunity to reconnect with that little blue hedgehog who spent many good times